If you have been following for awhile, you might remember that in 2017, Chris and I decided it would be fun to run a race in another state and make a camping trip out of it. For our first annual date race weekend, we camped at Shenandoah River State Park and ran the Shenandoah Leaf Peeper 10K. This year, we found the Herring Point 10K in Lewes, Delaware. Lucky for us, the race we chose was right in Cape Henlopen State Park, which had a newly renovated campground.

Cape Henlopen State Park is located on the Delaware Bay and was a strategic location for the United States during many wars. Cape Henlopen was the home of the Fort Miles military base, which was a key piece of our nation’s coastal defense during World War II. In 1964, the U.S. Army gave the land to the state of Delaware and Cape Henlopen became a state park.

We said goodbye to our boys on Friday morning and headed to Cape Henlopen State Park for our second annual date race weekend. We arrived in the late afternoon and set up our campsite. We went for a walk to check out our loop, grilled some pizza for dinner, and relaxed around the campfire.

END_OF_DOCUMENT_TOKEN_TO_BE_REPLACED 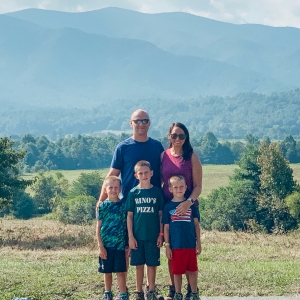