Carter, who was in kindergarten, had a few extra days off from school around Columbus Day, so it was the perfect time for a fall camping trip. We headed down to Greenbrier State Park in Maryland for a few days. Chris, Ben, Jack, and I stayed there in 2015 on our way to North Carolina and loved it so much we decided to make it a destination trip! We decided to break the trip up and stayed at Locust Lake State Park in Pennsylvania overnight. We weren’t thrilled with the campsites as they were pretty close together, but it was fine for a one night stay. We set up camp, had dinner, and called it a night. 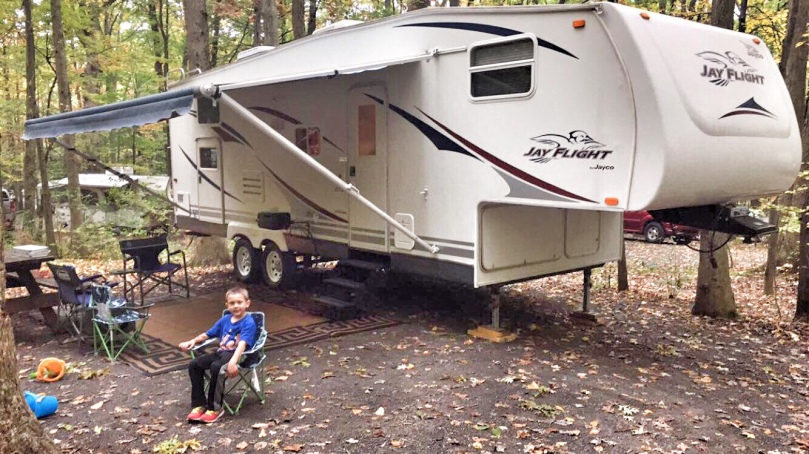 Before hitting the road again, we checked out the campground and really enjoyed it. They had a great walking/running/biking path around the lake. Ben and Jack rode their balance bikes while Chris, Carter and I walked. There were neat wooden play areas along the path. 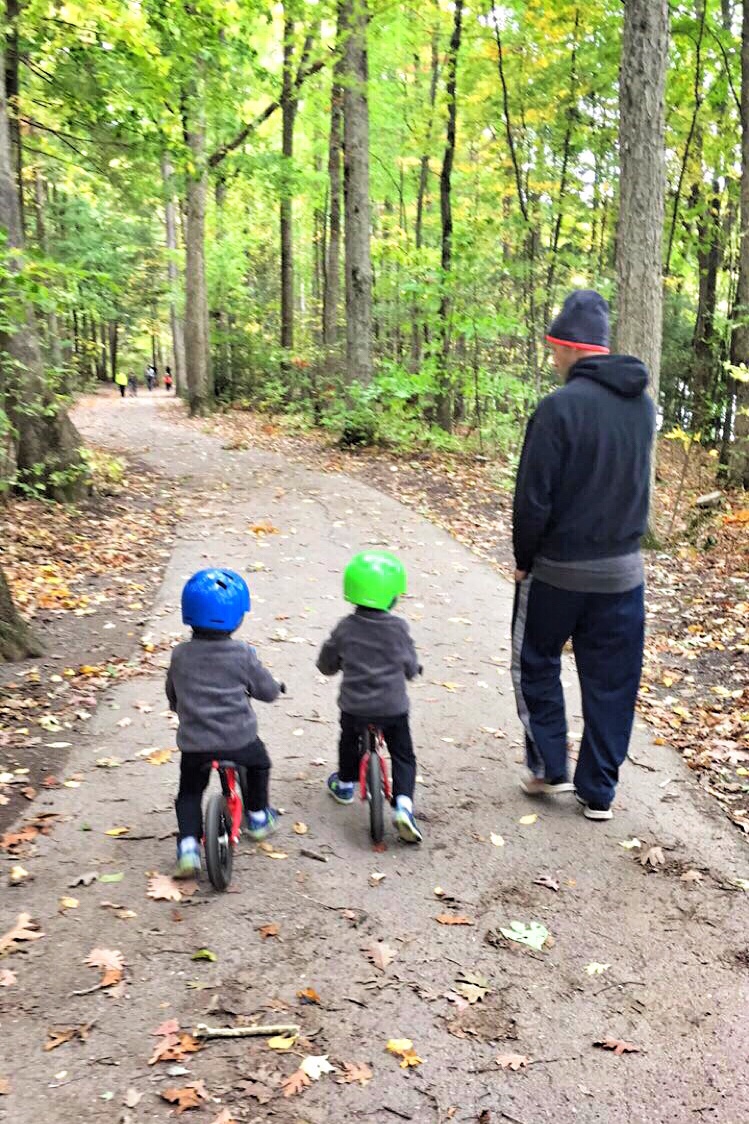 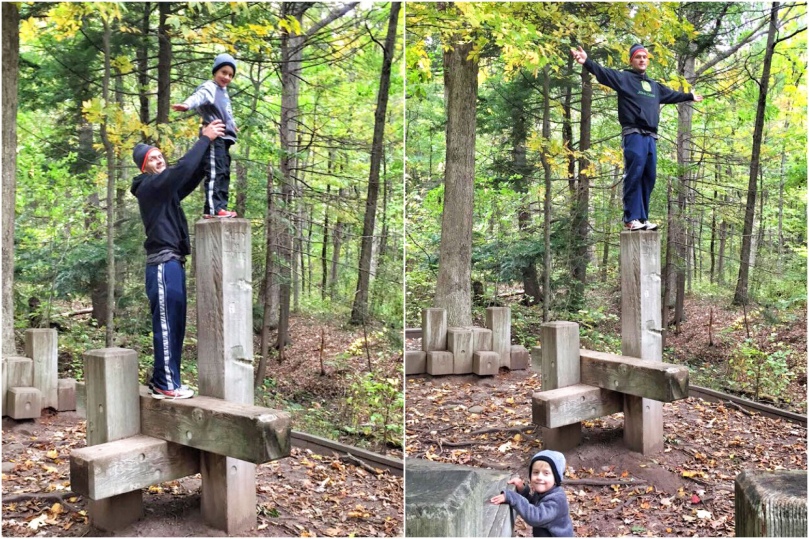 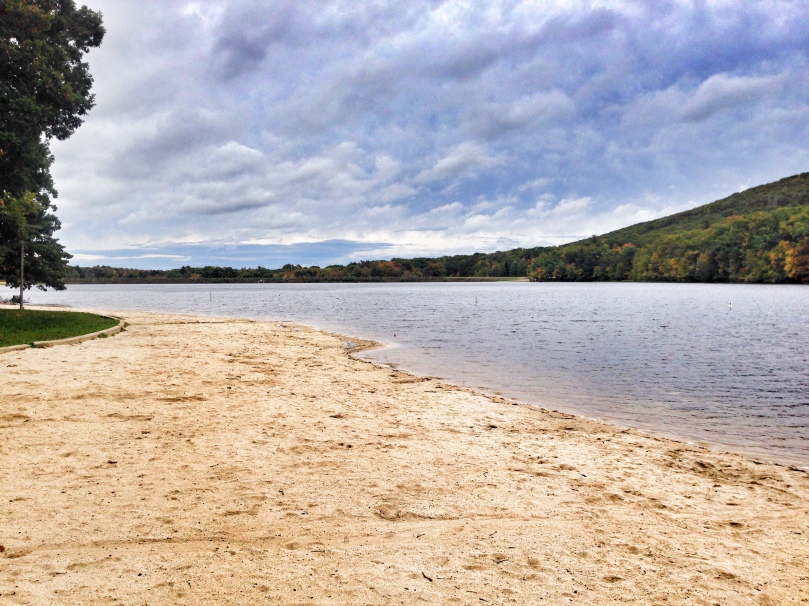 We also found the actual playground which the boys loved, of course. 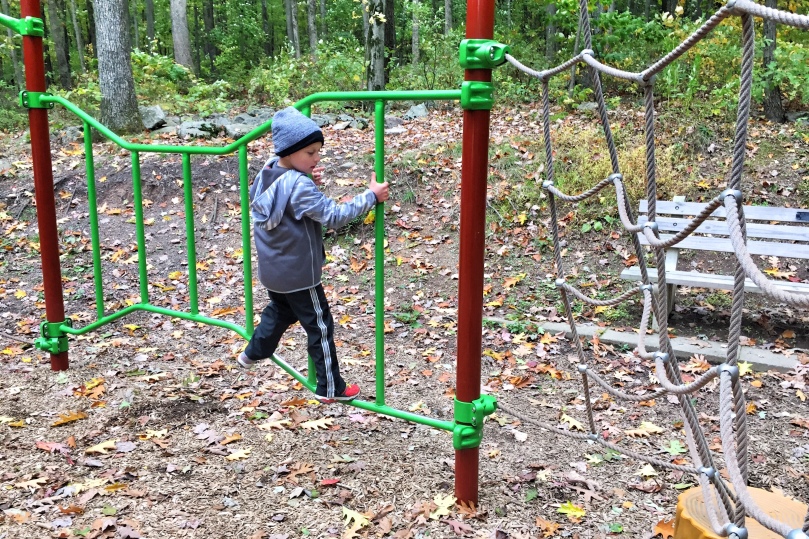 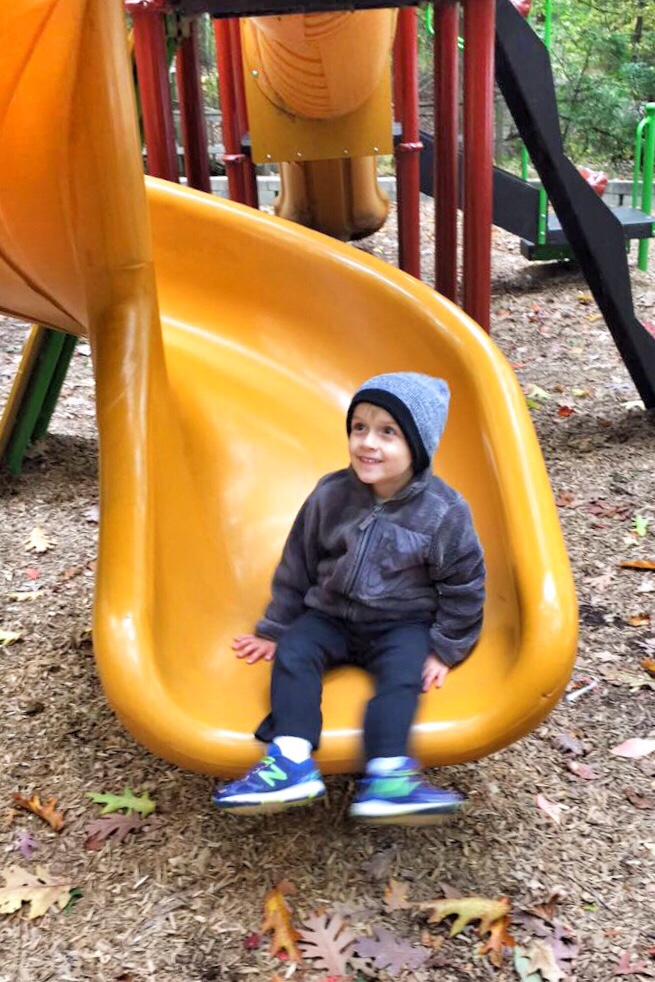 We arrived at Greenbrier State Park on Sunday afternoon, set up camp, and checked out the lake. 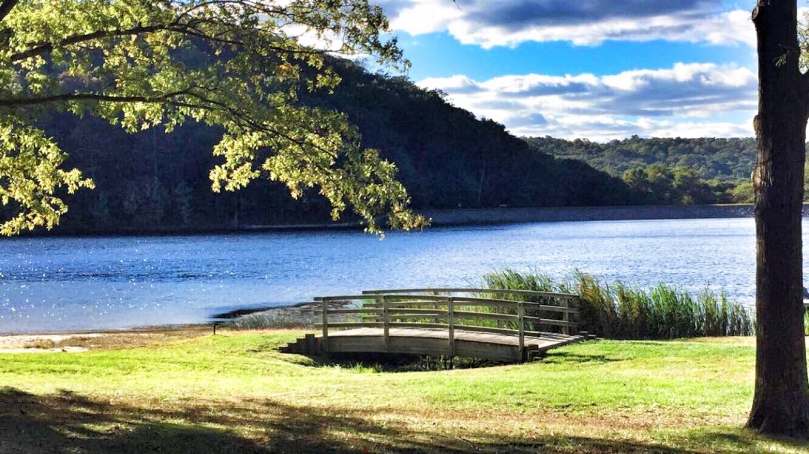 The next morning, Chris took the boys for a walk to the lake while I went for a run.

The monument had amazing views! You could see three different states – Maryland, Pennsylvania, and Virginia. There were a few bird watchers there as well as a few people hiking the the Appalachian Trail (there’s a section that that runs through the park).

We had a nice visit at the monument, but honestly we spent most of our trip to Washington Monument State Park at the playground! 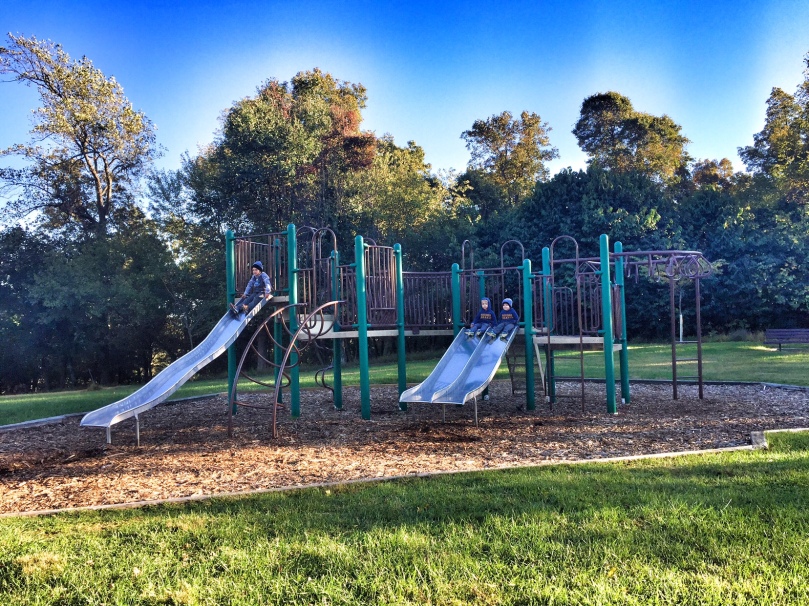 The next day, we headed to Hagerstown to check out the Discovery Station, which is a hands-on family friendly museum. There were so many exhibits ranging from Civil War trains to Lego Robotics to Aviation. The boys favorite part, however, was the Adventures in Agriculture Exhibit which had a play grocery store.

Later in the day, Ben and Jack napped while I read a book and Chris and Carter went on a hike.

On Wednesday, we packed up the camper, said goodbye to Greenbrier and headed home. It was our last camping trip of the year and we were already counting down days until our next camping trip in the spring!